Thalía is a Mexican singer, songwriter, producer, actor and entrepreneur. She is known as one of the most influential Mexican musicians of all time. She developed a keen interest in performing arts and started her musical journey as part of a kids music group named Pac Man. In 1990, she released her debut solo album, Thalía. She has released 12 studio albums and has attained a level of international success that no other female Mexican musician has ever achieved. Known as the Queen of Latin Pop, she has sold more than 25 million copies of her records till now. She has won numerous awards over the course of her career and has collaborated with some of the most renowned musicians of her time. She also owns a fashion brand and has occasionally worked in telenovelas as an actor.

Apart from Mexican roots, Thalia has a connection to Italian ancestry through her paternal line. She also possibly has Spanish, Arab and French ancestry.

Thalia studied at a private French school called Liceo Franco Mexicano A.C. or the Lycée Franco-Mexicain in Mexico City where she learned to speak French fluently at a very early age. She also started taking piano and ballet classes at the Conservatorio Nacional de Música located in Mexico City at the age of 4. 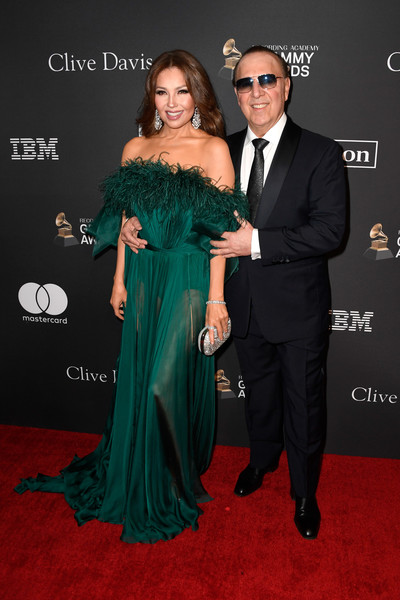 Working as a lead in 7 Mexican telenovelas which were dubbed in several languages and had a collective audience of a billion people across 180 countries throughout the 1990s.

At the age of 9, Thalía became one of the vocalists in a children’s group called Pac-Manlater renamed Din-din which recorded 4 studio albums from 1982 to 1983. The first album was called En acción. Her solo debut was announced through an eponymously titled studio album, Thalía(1990).

Thalia first had an uncredited role in La Guerra de los Pasteles (War of the Pastries – 1979). She made her English feature film debut in the lead role of Nydia in Mambo Café (2000) released in Mexico, Greece and Russia.

Thalia was featured as herself at the age of 11 in the televised annual Mexican music festival called Jugemos a cantar / We Play to Sing (1982). Her first telenovela role as a principal character was that of Beatriz Villanueva Contreras in 100 episodes of Quinceañera in 1987.

She has won seven Latin Grammy Award nominations till now. She is also a five-time Latin Billboard Music Award winner and has earned 17 nominations, too. She has also won many local Mexican music awards.

Thalía has a estimated net worth of $60 million dollars as of 2019.

Some Lesser Known Facts About Thalía