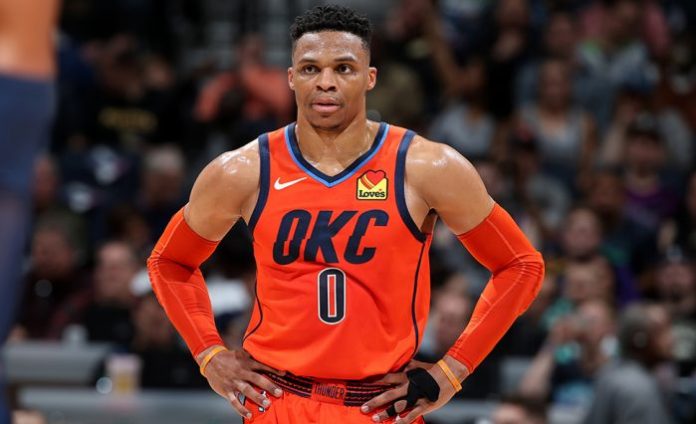 Russell Westbrook is an American professional basketball player for the Houston Rockets of the National Basketball Association. Westbrook has represented the United States national team twice, winning gold medals in the 2010 FIBA World Championship and the 2012 Olympics. He is an eight-time NBA All-Star and earned the NBA Most Valuable Player Award in the 2016–17 season. He is also an eight-time All-NBA Team member, led the league in scoring in 2014–15 and 2016–17 and won back to back NBA All-Star Game Most Valuable Player awards in 2015 and 2016. In 2017, the year he won the league MVP award, Westbrook became one of two players in NBA history to average a triple-double for a season along with Oscar Robertson in 1962. He also set a record for the most triple doubles in a season, with 42. He went on to average a triple-double the following two seasons also, as well as leading the league in assists and becoming the first player to lead the league in points and assists in multiple seasons. 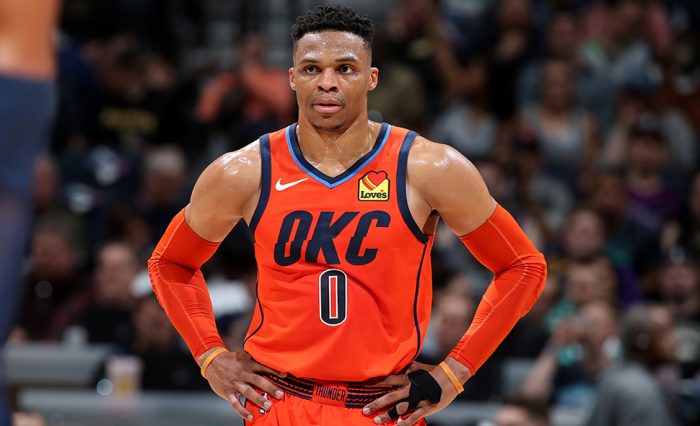 Russell went to Leuzinger High School in Lawndale, California. At the time Russ was in high school, he went from standing 5’8 in his freshman year, to reaching his adult size of 6’3 before his senior year. With his huge statistics numbers, during his senior year, Russ made a name for himself and became a target of many college programs. However, after the offer of UCLA Bruins came on the desk, Westbrook accepted their full college scholarship. 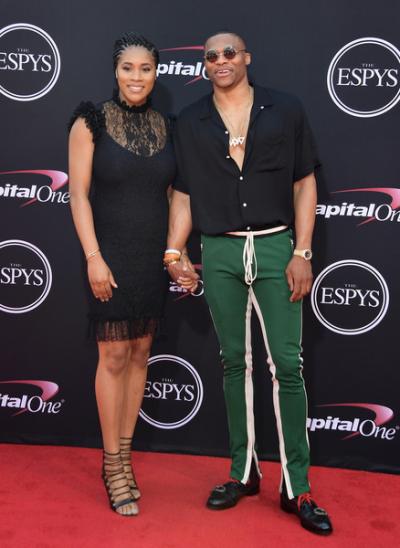 Westbrook is known for his inhuman athleticism. Many basketball experts explain his genetics as rarely seen even in a league as the NBA where there are so many well prepared and gifted athletes. 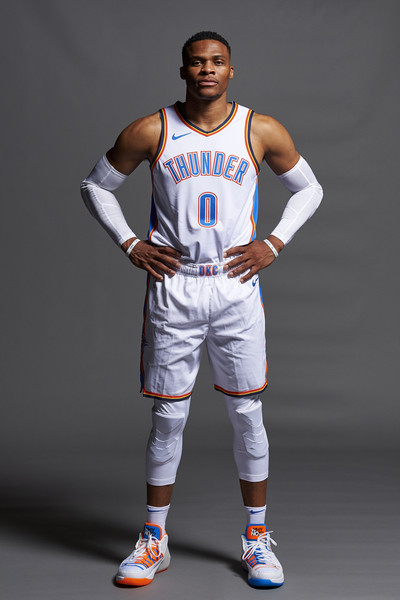 Russ had his NBA debut on October 29, 2009, when his Oklahoma City Thunder faced Milwaukee Bucks. Westbrook came off the bench and played a total of 22 minutes. For the time spent on the court, Russell scored 13 points with 4 of 9 shooting backed up with 4 rebounds, 4 assists, and 1 block. However, OKC lost that game by 11, with the final result being 98-87.

Russ hasn’t appeared in a movie yet.

Russell first showed up in the TV series Rome is Burning in 2009 as himself in just 1 episode. In 2014, he acted in the TV series Henry Danger. Westbrook appeared in the episode Too Much Game playing as Shawn Corbit. This was his first TV appearance as an actor.

Russell Westbrook his a estimated net worth of $125 million dollars as of 2019.