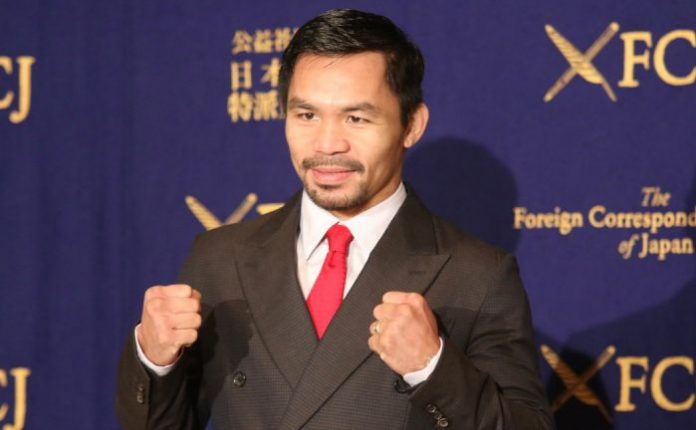 Manny Pacquiao is a Filipino professional boxer and politician, currently serving as a Senator of the Philippines. He is the only eight-division world champion in the history of boxing, having won twelve major world titles as well as being the first boxer to win the lineal championship in five different weight classes. Pacquiao is also the first boxer in history to win major world titles in four of the eight “glamour divisions” of boxing: flyweight, featherweight, lightweight and welterweight. In 2016, Pacquiao was ranked number 2 on ESPN’s list of top pound for pound boxers of the past 25 years and currently ranks #4 in BoxRec’s ranking of the greatest pound for pound boxers of all time. In June 2016, Pacquiao was elected as a senator and will serve a six-year term until 2022. 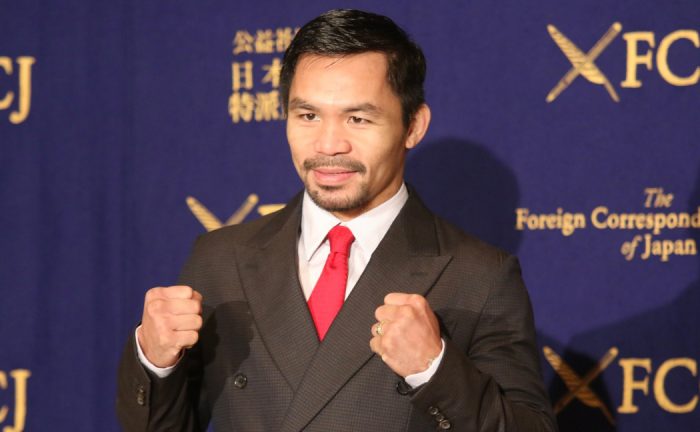 Manny, Pac Man, The Destroyer, The Mexicutioner, The Nation’s Fist, The Filipino Slugger, The Fighting Congressman, National Godfather, Fighting Pride of the Philippines

Manny Pacquiao was born on December 17, 1978 in Kibawe, Bukidnon, Philippines.

Manny Pacquiao has been raised in Roman Catholic faith, but he currently practices Evangelical Protestant.

Manny Pacquiao attended Saavedra Saway Elementary School in General Santos in Philippines. However, he dropped out of the school at the age of 14 owing to extreme poverty. He left home and his high school to earn money. Much later in 2007, Manny Pacquiao took and passed the exam equivalent to high school degree. His high school degree was awarded by the Department of Education in Philippines. This made him eligible for college education and he enrolled himself in business management at Notre Dame of Dadiangas University (NDDU) in Philippines. Due to his boxing achievements and humanitarian work in his country, the Southwestern University (SWU) at the Waterfront Cebu City Hotel & Casino in Lahug conferred him with Honorary Degree of Doctor of Humanities on February 18, 2009. 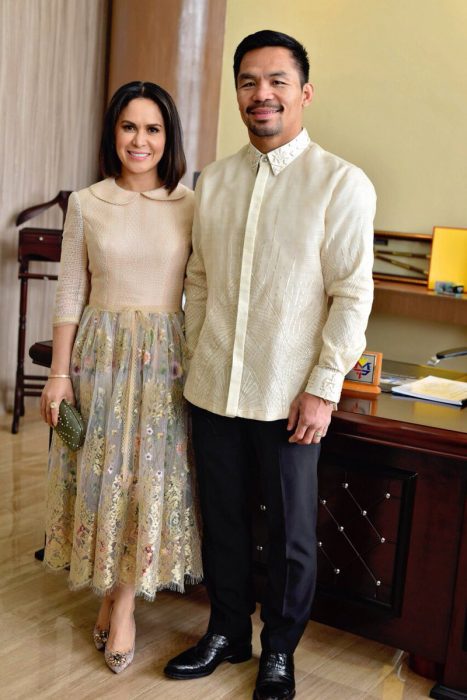 Pacquiao wears a size 8 (US) shoe.

Manny Pacquiao is best known for being the first and only eight-division world champion as a professional boxer. He has won ten world titles and is the first to win the Lineal Championship in four different weight classes. In the Philippines, Manny Pacquiao is also known as the founder of his political party People’s Champ Movement and a Representative of Philippine House.

He started his basketball career in 2014 as a player as well as coach. He plays at the “Point Guard” position under the Philippine Basketball Association (PBA).

Manny Pacquiao started boxing at the age 14 as an Amateur and made the Philippine National Amateur Boxing Team. He has an amateur record of 60-4. Pacquiao entered professional boxing at the age of 16 and his professional debut match was a four-round bout against Edmund “Enting” Ignacio. The fight took place on January 22, 1995, in which Pacquiao was the winner.

Manny Pacquiao released his first album Laban Nating Lahat Ito in 2006 under the label Star Records. It has 10 songs which include the title song meaning “this is our fight” feat Francis M.

Manny Pacquiao has appeared first in a Filipino film titled Di Ko Kayang Tanggapin where he was cast as Dong. The film was released in the year 2000.

Manny Pacquiao appeared in the TV documentary news show I-Witness in 1999 in the Kamao episode on GMA Network.

Manny Pacquiao entered Filipino politics in 2007. However he did not succeed as a politician then and lost to the representative of Nationalist People’s Coalition. On May 13, 2010, however, the boxer founded his own party People’s Champ Movement and fought the election from his wife’s hometown Sarangani. He scored a huge victory over Chiongbian clan which was the wealthy and politically influential group in the lone district. He won over the party which ruled for more than 30 years in the district with his opponent securing only half of the votes that he received.

Manny Pacquiao has an estimated net worth of $190 million dollars as of 2019.