Topplanetinfo.com | Entertainment, Technology, Health, Business & More
Advertisement
Home Knowledge Base Deducing The Cause, Effect, and Solution for a System With Missing MSVCR100.dll 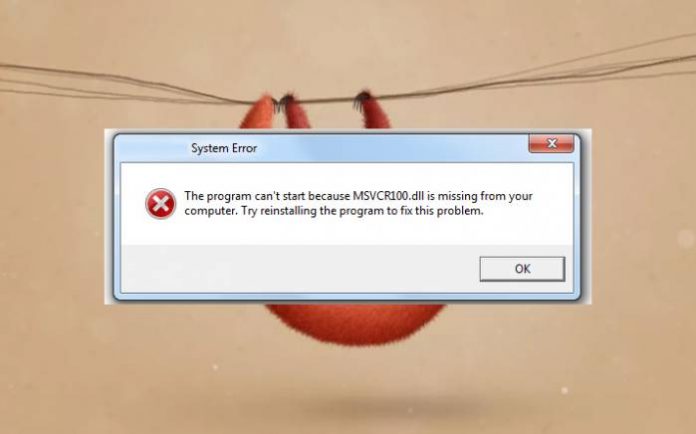 It is never pleasant when one is excited, has taken out time, and is ready to launch a new piece of software or play a new video game when suddenly they are hit with an error stating that mcsvr100.dll is not available or something on those lines. 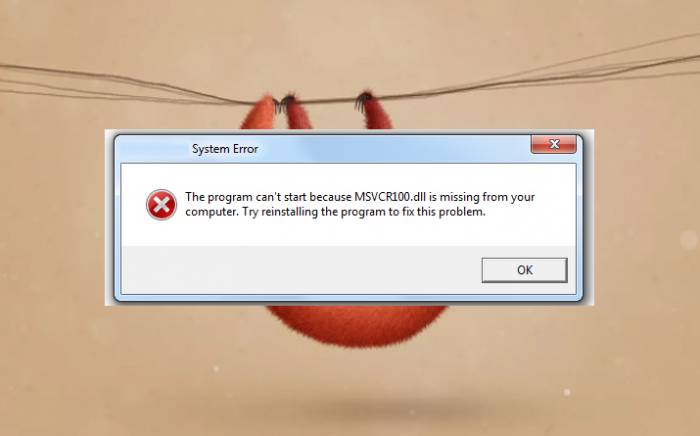 The usual exact statement is something on the lines of the program being unable to initialize because some dll file is not available on the system. The logical end goal of solving this issue is initiating an msvcr100.dll download and completing the prerequisites for launching the program.

Why Does This Problem Arise?

Clean installations of Windows are designed to be an open canvas. Everyone has their own use for Windows and is expected to tailor all aspects of the operating system according to their liking given the fact that, for the most part, Windows is a pretty open Operating System.

Unlike Apple’s ecosystem, which is highly restrictive, requires constant approval and certification, and has strict limits on any internal modifications and customisation, Windows users tend to customize everything from Appearance to Performance related metrics on their own, according to what they demand from their Personal Computer in the context of their Professional and Personal Requirements.

It is almost a sign of skill for such users or the primary point that they decide to go with Microsoft Windows rather than a Mac, the potential of making this system that has limitless possibilities into their own dream machine. As a result of these factors in play, Microsoft tends to let users choose what they want and what they don’t want to install and keep on their computers.

Aside from more idealistic reasons about platform openness, there are technical reasons as well. Space is a finite resource. While hard disk sizes are in a general decline over the years, and the average consumer has access to more and more hard disk space, it is still a major constraint for several users, as not everyone can afford 1-2 Terabyte Hard disks or instantly upgrade their storage where and when the need arises.

Hence, not every piece of possible software comes preinstalled with Windows. That would result in Microsoft overloading all general-use/low-end systems. Let’s look at this point in detail.

As a result, Windows does not come bundled with every single version and related iteration of every software/Application Processing Interface/ Integrated Development Environment or Graphical rendering pipeline interface under the Sun. This could cause either of two problems: Windows itself will take a majority of the hard disk space on the system with software and files, that despite being designed to be useful, prove to be a waste of space, and an important but albeit, useless redundancy for the end-user.

This end user may think of the “extra” features that he/she may not be using as just unnecessary “bloat”. Bloat in this scenario implies “useless” software that’s irrelevant to the requirements and purpose of the end-user. For example, Video games installed on someone’s PC who just wants to surf the internet, access emails, and use Microsoft Office would be useless and a waste of space, and may prove to be an unnecessary load on that user’s System.

However, there is an easy solution to this problem. Initializing an msvcr100.dll download is an easy task. The file itself is one of the Dynamic Link Library (DLL) files, a system designed to create common co-dependencies that can be utilized by any other program at any other given point of time to streamline and reduce the burden of processing interlinking and overlapping programming workloads that would be required by multiple pieces of software running at any given moment.

In this specific scenario, msvr100.dll is a DLL file linked to Microsoft C++ Visual Studio, an Integrated development environment (IDE), and an essential prerequisite for the functioning of Windows. The IDE part is essential because this prerequisite software enables developers and end-users to develop programs for Windows. It also acts as an essential foundation for the functioning of several Windows applications as a lot of common programs use C++ as their foundational codebase.

So in this case, a lack of msvcr100.dll and related files render the program unable to execute its C++ program in any state, and hence there is a need to initiate an msvcr100.dll download and address the issue. However, once you have the download completed and the requisite file is in the right place, one would be able to solve any issue of this sort.