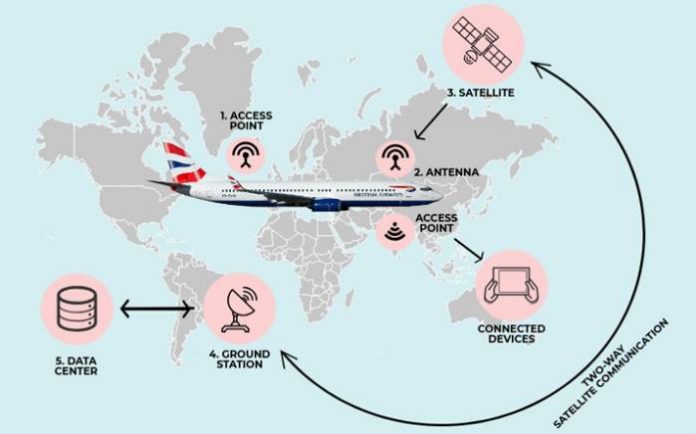 The world seems so small from thousands of feet up in the air. As you soar through the clouds, all your worries vanish. Distance cuts through tensions of time and sorrows of space. You can feel the stress of everyday life dissipating from your shoulders when you put your phone into airplane mode and board a flight. All the leftover texts, pending emails, and social media updates are put on hold until you touchdown and land on solid ground. 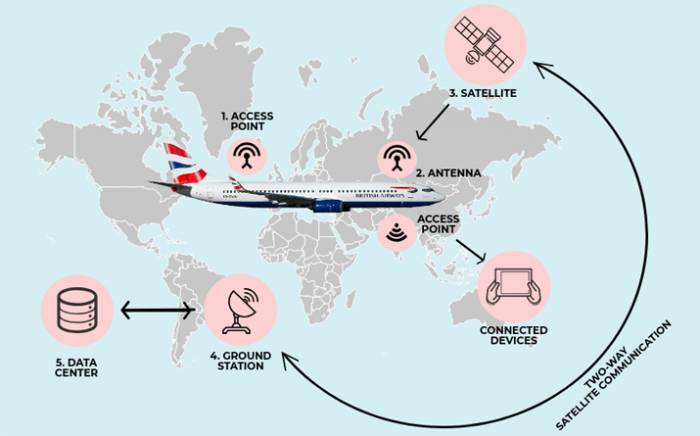 Getting off the grid via airplane travel is a refreshing experience for some, but a restless one for others, who are deeply addicted to their digital lives and always hesitate to step out of their web-connected homes, powered by super-fast internet service, like RCN internet. This is the kind of crowd that demands 24/7 internet access, no matter where they are, including an airplane commute. Though airplane connectivity might not have been possible a few years back, technological advancement has brought it into the realm of reality.

Even if your phone is on airplane mode, you can connect to the in-flight Wi-Fi supported by the airlines and provided by an air travel network carrier.

What is In-Flight Wi-Fi?

In-flight Wi-Fi is the local wireless data network, which gives you access to the World Wide Web on a Wi-Fi-equipped aircraft. It becomes operational at a cruising altitude, more than 10,000 feet in the air, and disconnects during the landing process. Typically, a Wi-Fi icon is visible on an aircraft that offers an in-flight Wi-Fi facility to the passengers. To get your hands on in-flight Wi-Fi, you have to pay with miles or a credit card.

Once you purchase the mid-air internet access from the airline, you can check your emails, open pre-downloaded apps, or browse the internet for a certain duration or during the entire flight, based on the in-flight Wi-Fi plan you’ve chosen. Since this sophisticated infrastructure isn’t widely available, so in-flight Wi-Fi can get expensive for people who are in a cash crunch.

Which Devices Can Use In-Flight Wi-Fi?

All wireless devices with built-in Wi-Fi functionality and a web browser can surf the internet over in-flight Wi-Fi. These include smartphones, laptops, or tablets from Apple, Android, Windows, Kindle, Nokia, and BlackBerry, etc. It is recommended to access the in-flight Wi-Fi through Google Chrome, Mozilla Firefox, Internet Explorer 7+, Safari, and other credible browsers. Make sure that your device has cookies and JavaScript enabled for the most optimal experience.

How to Use In-Flight Wi-Fi on Your Phone?

Follow these steps to activate in-flight Wi-Fi on your portable electronic smartphone:

How does In-Flight Wi-Fi Work?

In-flight Wi-Fi works in two ways, depending on the geolocation of the aircraft. If the airplane is flying above the ground, it connects to the nearest mobile broadband towers, one after the other, as it rolls through the airspace. These towers transmit internet connectivity to the aircraft, sending the data signals up to the antenna unit attached to the plane’s fuselage. Upon receiving these over-the-air internet signals from the ground, the aircraft turns into a hotspot itself. A router placed on board distributes Wi-Fi to the passengers’ devices.

On the other hand, if the airplane is flying above the water, with no way to reach mobile broadband towers, it shifts to satellite connectivity. In this second method, a collection of geostationary satellites in outer space communicate with the stations located on the ground and send internet signals to the antenna fixed on an aircraft’s roof, after making a roundtrip of data. This antenna runs the internet signals through a receiver and subsequently, an airplane router, before dispersing them to the passengers. Since the signals have to make such a long journey from the internet provider to the user device, they lose their potency along the way, resulting in lagging speeds and spotty connections.

Unfortunately, in-flight Wi-Fi is not as safe as we would like it to be. Being open and unprotected, this wireless network is frequented by tourists and users of all kinds, some of whom might host malicious intent and become interested in eavesdropping on your confidential information. Not only that, most airlines don’t allow VPN usage with their in-flight Wi-Fi, which leaves your online activities exposed and unencrypted. Gogo advises in-flight Wi-Fi users to keep their private data secure with anti-virus or antimalware programs and to access it when they safely touch the ground.

Technology has progressed to such an extent in this era that now, you can stay connected to the online world around the clock and mid-air through in-flight Wi-Fi. Therefore, make sure to get an internet access plan from your favorite airline before taking off, so you can send that important email without losing time.