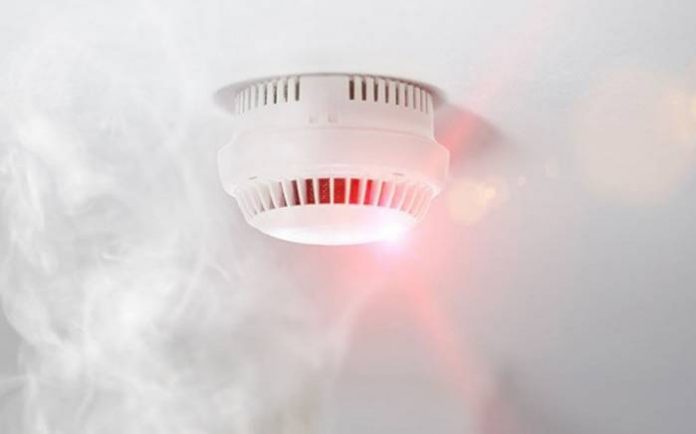 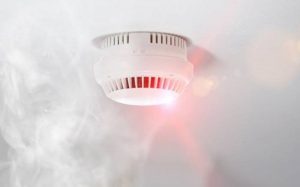 In a conventional bell alarm system, a building is divided into zones, and each zone has a sensor and alarm within them. The structure of a zone might include one room or a suite of rooms, but the commonality between each area is that they are not divided by solid walls, fireproof doors, or anything else that would isolate one section in case a fire starts.

If a section is completely closed off and isolated, it becomes another zone. These systems are analog, using wires to connect back to a conventional fire panel. When the sensors detect extreme heat or smoke, fire alarm bells sound in order to alert those in the building that they need to evacuate.

When a fire goes off in an area, the fire sprinkler protection system sounds relevant alarms and relays data to a centrally-located conventional panel. This panel provides information about where the blaze is happening in the building and any other relevant data that it is programmed to record. The control panel should be located near an entrance to the building.

That way, when a fire crew arrives they can check to panel, find out where the blaze occurred, and spring into action immediately to stop the spread of the fire. This saves valuable seconds, and when a fire breaks out every extra second is a potential life or piece of property saved from the disaster.

The more modern version of a fire warning system is known as an addressable system. This kind of system uses digital technology to sound fire alarm bells and record information about the fire, allowing a broader range of information to be relayed to the team that answers the fire bell. There are many benefits to an addressable fire system, but at the present time the conventional panel has a few advantages.

First, it is more cost effective, especially if you have a relatively small building. Secondly, a conventional system requires less maintenance than its addressable counterpart. This is not to say that no maintenance is required, of course. You should make sure that all equipment is kept clean and well-dusted in order to prevent false alarms.

You are most likely to encounter a conventional fire alarm in a typical building, so understanding how they work can be valuable. Installing one of these systems can save you money and make maintenance easy, all while still giving you the fire protection you need.