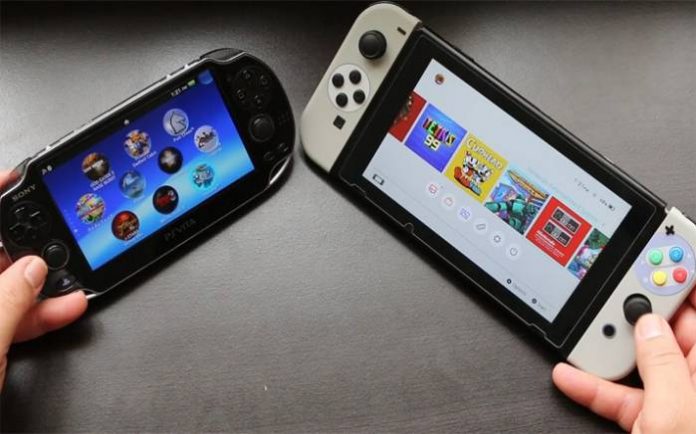 PSP and Nintendo Switch are two completely different portable consoles. They were released 13 years apart, which explains the differences in quality, number of available games, CPU speed, battery power, and so on. At the same time, PSP is almost a legend now as it was highly innovative at that time. So, let’s analyze the features, possibilities, and differences of both consoles. 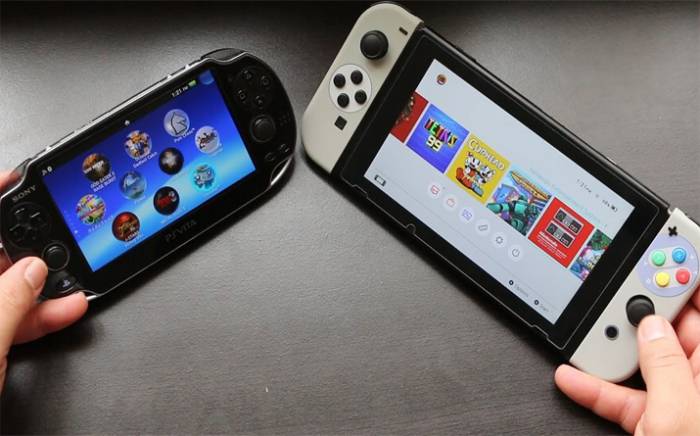 The PlayStation Portable has gained a lot of popularity in the handheld console market despite the clear dominance of Nintendo. To do this, Sony went in a rather banal but effective way. If Nintendo was some kind of innovator in the market (from the Nintendo Game & Watch to the DS line, and now the Switch), then Sony decided to release a portable mix of its most popular stationary systems (PS1 and PS2), seasoned with modern multimedia features, which turned out to be very an effective option.

PSP games are legendary, and numerous people miss the atmosphere of Grand Theft Auto, Dragon Ball Z, God Of War — Ghost Of Sparta, Spider-Man 3, and so on. If you are one of them, there is a possibility to download PSP ISO games and play them right now.

Unfortunately, Sony did not manage to stay in this part of the console market, and PS Vita was unable to repeat the success of its predecessor. Despite its venerable age, the PSP has certain popularity even now, providing many extraordinary opportunities.

It is worth remembering that since 2001 Nintendo has dominated this segment with its Game Boy Advance, a successful successor to the classic lineup. But Sony has clearly set itself the goal of making a difference and replacing the leader. The technical characteristics of their creation changed the rules of the game and set new standards.

The main advantage of the game console is games. Nintendo games are fantastic, there is no need to worry about ray tracing, millions of polygons, and 8K graphics as these are not there. Playing games from Nintendo is fascinating, because the main thing in their games is the gameplay, and there is plenty of it.

In addition, Nintendo is not afraid to experiment, which is only worth Nintendo Labo, Ring Fit, and Mario Kart Live with a portable car. And don’t forget the huge library of games from third-party developers who often port games to the Switch right away.

The second pro is hybridity. Not only is the Switch in fact the only portable console with a large lineup of games, but it has the ability to display games on the TV screen. And if you spend a lot of time on the road, the console will be an indispensable friend for you because no other console allows you to play on the subway, and then continue your game at home on the screen is priceless.

The third pro is the bundle, in fact, when buying a console you will immediately have two joysticks that can be connected into one, a screen through which you can display games, an HDMI cable, and a charger. With Switch, you can start playing right away.

Let’s take a look at today’s situation. Undoubtedly, the niche of portable gaming is occupied by Nintendo, with the Nintendo Switch released in 2017 and the later budget version of the console — Nintendo Switch Lite. Is the game worth the candle for Sony now as it was in 2003? To answer this question, it is worth remembering that the PSP announcement sensation was provided by its technical power.

For comparison with the current period, let’s turn to the technical equipment of the current market leader. Despite the successful experiences of porting modern well-known titles like Diablo 3 from Blizzard, the unsuccessful ports for Switch do not cover the technical content of the console in the most pleasant way.

Think of the textures that make you angry and frustrated in ARK: Survival Evolved and the constant loading of objects in the frame, which is hopelessly striking in The Outer Worlds. Perhaps even now, there is a place for a new competitor on the market.