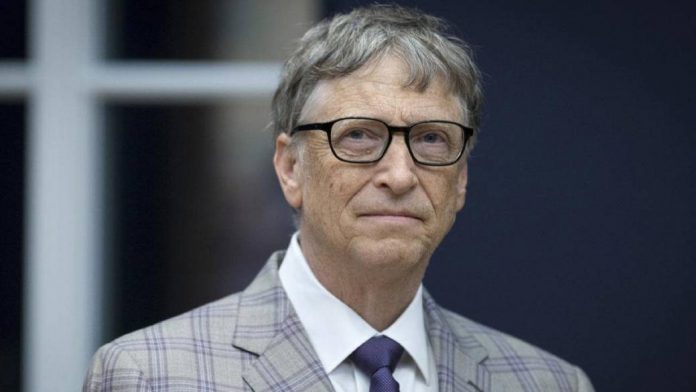 Advertisement
Bill Gates is an American business, magnate, investor, philanthropist, humanitarian, author and principal founder of Microsoft Corporation. During his career at Microsoft, Gates held the positions of chairman, CEO and chief software architect, while also being the largest individual shareholder until May 2014. In 1975, Gates and Paul Allen launched Microsoft, which became the world’s largest PC software company. Gates led the company as chairman and CEO until stepping down as CEO in January 2000, but he remained chairman and became chief software architect. In June 2006, Gates announced that he would be transitioning to a part-time role at Microsoft and full-time work at the Bill & Melinda Gates Foundation, the private charitable foundation that he and his wife, Melinda Gates, established in 2000. He gradually transferred his duties to Ray Ozzie and Craig Mundie. He stepped down as chairman of Microsoft in February 2014 and assumed a new post as technology adviser to support the newly appointed CEO Satya Nadella. 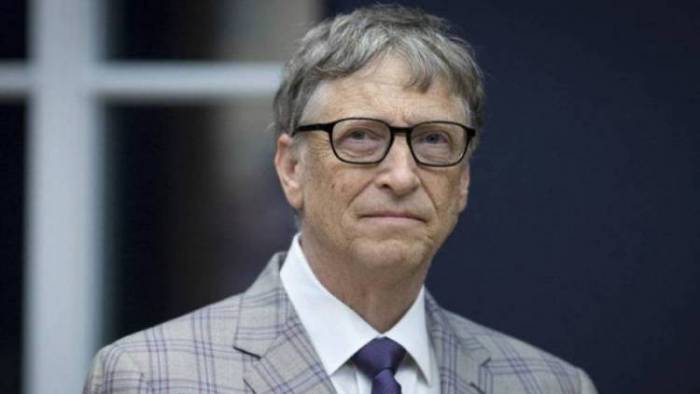 He is currently 63 years old.

Bill Gates, at age 13, enrolled at the Lakeside School, where he learnt the computer programming, BASIC and wrote his first program, tic-tac-toe on the GE system. He graduated from the school in 1973 with National Merit Scholar and scored 1590 out of 1600 on SAT. He then attended the Harvard college in 1973, and chose a pre-law major but took mathematics and graduate level computer science courses. The following year he dropped out of the Harvard to purse his business endeavors. 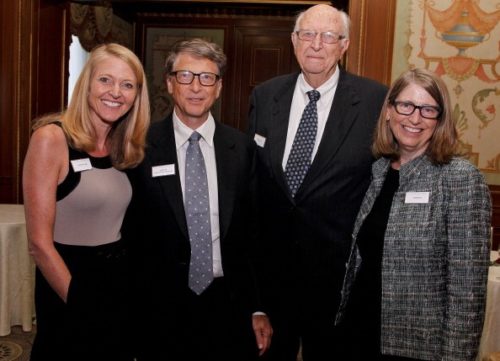 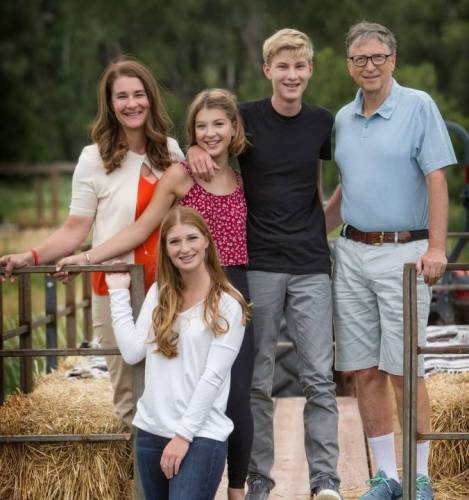 Being the co-founder of the software giant, Microsoft Corporation which he launched in 1975 along with co-founder Paul Allen. Being included in the Forbes list of the world’s wealthiest people since 1987. His philanthropic work and his generosity. He co-founded a charitable organization called Bill & Melinda Gates Foundation in 2000.

Bill hasn’t made his theatrical film debut yet.

In 1989, Bill made his first television show appearance on the talk show Today.

Bill Gates has appeared in a commercial for Microsoft.

Bill Gates is a huge fan of Porsche cars, and has a 1999 Porsche 911 convertible, 1988 Porsche 959 Coupe, and a Porsche 930 Turbo. One of the richest techie in the world, Bill Gates owns a couple of two private jets, Bombardier BD-700 and Global Express
Boeing Business Jet.

The world’s billionaire Bill Gates lives in an ultra-modern house, named Xanadu 2.0. This unbelievable house is spread over 66,000 square feet featuring seven bedrooms, 24 bathrooms including 10 full baths, six kitchens and equal number of fire places. As a techie, the house is equipped with the state of the art technologies and everything inside the house is automated.

Bill Gates is acclaimed the wealthiest person on the planet, with a unimaginable net worth of $103 Billion dollars as of 2019. Like other billionaires, he is an avid collector of paintings, who has spent millions of dollars to decor his house with world’s costliest and rarest pieces of art.